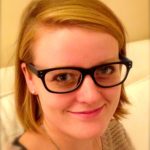 This month I want to discuss the role of medical visionaries, most notably the portrait of two such, the famous human sexuality researchers Masters and Johnson, as portrayed in the excellent American television series ‘Masters of Sex’.

I also want to take this opportunity to publicly thank acupuncturist Andy Roscoe for his many years of excellent work at Helix House. We all wish him well as he moves the Oxford part of his practice to his home base. We will miss his company in the future. Finally, I want to welcome our daughter Fia to the team at Helix House. After many years of tough  study and practice she is now qualified to see paying clients as a psychotherapist and has recently joined us  at Helix House. Although it is purely coincidental that I write about Fia this month along with human sexual response research she also just happens to be writing about the subjective experience of living in a female body in her Master's dissertation.

It is surely every parent’s happiness to see their child mature and qualify to join their parents in meaningful work that is in line with their vision. While each of our daughters has done this in her own special way, there is a unique pleasure in having one of them join 'the family firm.' We wish Fia many fruitful years working at Helix House, and feel sure she will become a firm favourite with many seeking help.

‘Sexual intercourse began in nineteen sixty-three (Which was rather early for me) between the end of the Chatterley ban and the Beatles' first LP.’

But by the second half of the sixties I was a social science student and doing my best to put in the hours of field work required to explore the findings of the, by then, already famous, researchers into human sexuality, William Masters and Virginia Johnson.

Over the last two autumns I have enjoyed the brilliance of the American TV series MASTERS OF SEX that stars versatile welsh actor Michael Sheen and brilliant american actor, Lizzy Caplan, as real-life pioneers of the science of human sexuality, William Masters and Virginia Johnson.

Their research touched off the sexual revolution and took them from a midwestern teaching hospital to the cover of Time magazine and multiple appearances on talk show Johnny Carson's couch. Sheen, famous for his interpretations of the likes of Tony Blair, David Frost and Kenneth Williams, takes on another challenge with his portrait of the buttoned up William Masters, a brilliant scientist out of touch with his own feelings, and Caplan takes on Johnson, a single working mother ahead of her time. Both are intensely watchable in this much-underrated production. The series chronicles their unusual lives, romance, and unlikely pop culture trajectory.

What makes a successful TV series? This is of course what thousands of television executives are always wondering. After series one ran on channel 4 last autumn, this year, presumably due to disapointing ratings, it was down graded to More 4. But why?

It seems, despite the nuanced writing and brilliant acting, this was not fully to the taste of the British audience, despite good ratings in America, where it was made. Perhaps it was the suggestive and ultimately misleading title, taken from Thomas Maier's book by the same name, or our collective squeamishness about the prospect of scientific research into such an intensely personal and private subject. And yet, the series cleverly managed to explore both the rather bold, if not cold, clinical approach to sexual research that they employed, without being prurient, tacky or titillating and at the same time beautifully recreate, and critically comment on, the stultifying sexist and racist world of late 1950’s American society soon to be challenged by the decade to come.

It is  always instructive to go back in time and see what we found so shocking half a century ago and realize how our culture changes, all be it, often agonizingly slowly, for those caught in its hypocrisies.

This production, while ostensibly about sex research, is really about human relationships. It shows nicely how it is often those who are at the edge of the bell curve of social norms, who feel they are, in some way, outsiders, who can often think the unthinkable and use their own exceptional nature, or even damaged upbringing, to advantage in their research or social action. From their struggles society eventually benefits.

In showing us Master’s and Johnson’s foibles and inner struggles, we see this in action and can be grateful for such pioneers who risked social opprobrium and ostracism to advance our understanding.

Medical science is full of such examples of pioneers, whatever their sometimes difficult personalities, who are too often attacked and derided in their lifetime, only to be revered by future generations, who inherit and absorb their findings. The recent outstanding biography of Osteopathy’s founder, Dr. Andrew Taylor Still[1] outlines yet another example of the medical visionary who is so far ahead of his time, in his case almost a hundred years after his death, the full impact of his vision and medical insight is still not yet part of conventional popular cultural understanding.

Masters and Johnson were, like Freud before them, two more such pioneers. We don’t have to like them, or accept all their ideas, to appreciate their great contribution to our ongoing exploration of the nature of reality.

In a recent interview with the show's executive producer and showrunner, Michelle Ashford, Maureen Ryan had this to say;

“ The show has used the typical elements of a prestige drama in an especially sensitive and intelligent fashion, as part of an effort to explore knotty topics like suicide, the cost of being closeted and the lingering effects of child abuse (violence from his father deeply marked William Masters, who is played by Michael Sheen). In Virginia Johnson (Lizzy Caplan), the show forthrightly yet sensitively depicts the life of a sex-positive, complicated and ambitious woman who pays a variety of costs for not fitting into the constrained slots available to women at that time.

Whatever its occasional flaws, "Masters of Sex" has proven to be deeply interested in how and why characters are and aren't able to achieve emotional intimacy and meaningful connections. Sex is part of the characters' quests, sure, but there's nothing gratuitous, slipshod or exploitative about the show's depictions of sexuality and intimacy. If only more high-profile dramas and buzzed-about shows could make the same claim. Read more here.

No doubt the TV series takes certain licences with the true story to include in its drama all these facets of life and society at that period, but it is a great period drama piece and as such delivers on that Reithian injunction to inform, educate and entertain.

Fia Lindley-Jones offers individual counselling and psychotherapy in a face-to-face context to help people explore a number of different issues and challenges. She can work in either an open ended or a time limited way. She uses her integrative training to tailor the approach to what's most useful for each person, believing that there is no one- size-fits-all approach. Fia offers a supportive and non- judgmental environment, believing that the relationship between client and therapist is key.

Fia’s approach is based on the idea that early relationships form a blueprint for behaviour. Understanding

these repeating relationship patterns often brings more freedom and choice. She sees the human body as a system that works as a whole and believes that bodily sensations can tell a story the mind has not yet fully grasped.

Fia's areas of special interest are gender and the body, having particular experience working with issues around menstruation and women’s relationships to their reproductive systems. She also has experience of working with depression, anxiety and relationship issues to name a few.

Fia Lindley-Jones B.A. has completed a Diploma in Integrative Counselling at the Minster Centre. She is a student member of the British Association of Counsellors and Psychotherapists and is working towards accreditation through the UK Council for Psychotherapy and an M.A. in Integrative Psychotherapy. She has also completed training as a neuro-linguistic programming practitioner as well as working as a solution-focused brief therapist for an employee assistance programme.

Posted in Medical Research and tagged Apple v pear body shape
← Changing our lives: Whose responsibility is our health? June 2014Taking life in your stride →