It is over a decade since noted Osteopath Susan Farwell moved to Oxford with her family, as her historian husband, Nick, became a fellow at All Souls College.  We at Helix House were very happy to offer her a professional home and she has become a valued part of the team ever since. Not only has she served her patients so skilfully and faithfully, over four decades, but she has also served her profession in many important roles, most recently as the President of the Institute of Osteopathy. 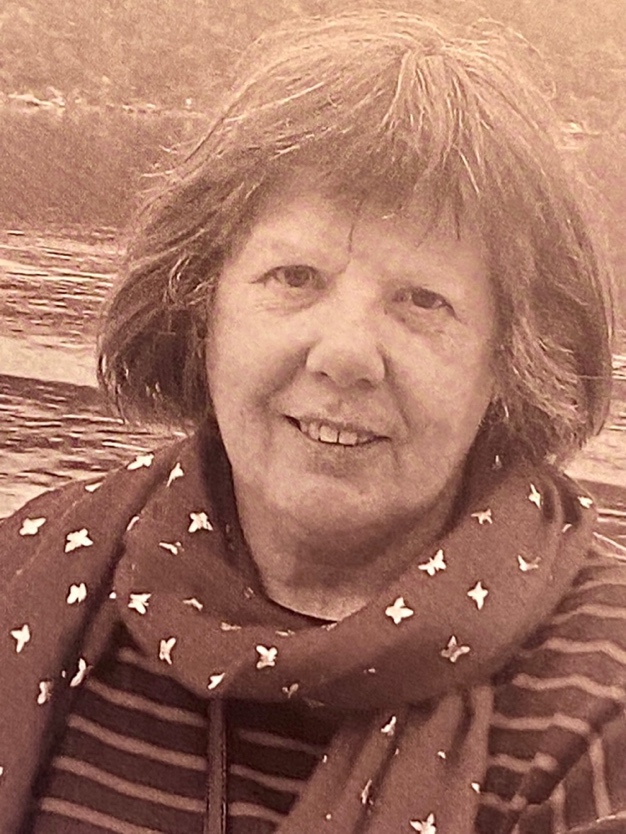 So many, both amongst her patients and colleagues, will miss her and honour her for all her brilliant work, often unsung behind the scenes, doggedly relieving suffering and making the world a better place.  So it is with some sadness that we say goodbye to her and wish her well in her retirement from the profession and hope that she will keep in touch.

Thank you, Susan, for all that you do.

Trauma through the generations: How your biography becomes your biology

In a hugely symbolic moment last November, Reuters reported England's first truly profitable slave society, Barbados, has chosen after almost four hundred years, to become a republic and remove the Queen as its head of state. Prince Charles was there to represent the Queen, and in his speech highlighted the continuing friendship of the two nations though he acknowledged the horrors of the trans-Atlantic slave trade.

But what has this got to do with your health?

Professor Sir Hilary Beckles, Pro-Vice Chancellor and Principal of the University of the West Indies Cave Hill Campus, points out that the African-descended population in the Caribbean (and I assume in Britain) has the highest incidence in the world of chronic diseases, in the forms of Hypertension and Type 2 Diabetes. This slow pandemic is the direct result of the nutritional experience, physical and emotional brutality and overall stress profile associated with slavery, genocide and apartheid.

Sadly, this vector of trauma permeates, not only those whose families experienced these horrors or others like them, but all our lives, as we all can carry the potential damage from our own possible early Adverse Childhood Experiences.  The research linking childhood stress to adult illness began in 1996 with the Kaiser Permanente-CDC Adverse Childhood Experiences Study (ACE Study). Since then, over 1500 peer-reviewed studies have replicated these findings. It was a scientific breakthrough at the time, to show irrefutably the relationship of childhood abuse and household dysfunction to many of the leading causes of death in adults.

We have become so familiar with our toxic culture; we often fail to see its damaging effects. This is not only to its most disadvantaged, but to all of us who live in it. This is not to rubbish what we have achieved, but rather to see clearly where we yet have to travel in changing the way we order and incentivise ourselves so that all can benefit and thrive, rather than, as the Barbados evidence shows, perpetuating the damage done to ourselves allowing it to continue to kill our children and their children for hundreds of years hence.

Of course, that is with the big counter-intuitive assumption that we have not driven ourselves to extinction first.

We are now well aware of the damage such foolishness has done to all of nature, of which we, and our tiny planet, are an integral part. Perhaps this global heating that has taken us to such an existential point could be a driver to change so many damaging effects, that in essence, stem from the poet Rumi’s wise observation that;

Over the years in these pages, I have highlighted many of the important roles that Lifestyle Medicine, that we try and practice at Helix House, can play in resolving suffering and bringing health.

Sadly, sustainable food systems, which are a cornerstone to cutting emissions, had been largely absent from the agenda in COP26 in Glasgow last November. In terms of individual action, moving to a more plant-based diet is one of the single most effective ways to both reduce emissions and increase our own health, but the UK government appears to be unwilling to put the science on this issue into policy. It quickly deleted research alongside its net zero strategy that encouraged levies on high-carbon foods, such as meat.

It was, however, some small encouragement to see that COP26 did have a forward-looking strategy to partner with Swedish start-up Klimato to analyse the carbon footprint of the food served at the conference.

It is not only our physical health that is at risk, but our mental wellbeing too.

Could you be too heavy for your own body?

Now recent research from Roy Taylor, Professor of Medicine and Metabolism at Newcastle University points out that "As a rule of thumb, your waist size should be the same now as when you were 21." Can you get into your jeans you had at 21?

While it is at present only a small study, it does suggest that if non-obese Diabetic patients lose 10-15% of their weight, "they have a very good chance of getting rid of their Diabetes".

The study was based on twelve Type 2 Diabetic patients with an average BMI of 24.5. In other words, they were not obese but of normal weight, just below the cut-off point before being designated overweight.   The participants were put on a weight-loss programme where they managed to cut the levels of fat in the liver and pancreas, and the activity of the insulin-producing cells in the pancreas was deemed to be restored.

When they had lost 10-15% of their weight, they were given tests to assess their condition again.  These showed that eight of the twelve entered a state of remission; they no longer needed medication. While acknowledging the small size of the study, Taylor says it demonstrates very clearly that Diabetes is not caused by obesity but by being too heavy for your own body.

In case you consider this an impossible target, I experimented on myself earlier this year and lost 10% of my own body weight between my first jab and the second.

It can be done!

There are all sorts of helpful books and on-line helpers out there these days to make this kind of improvement in your weight and health. TV presenter Michael Mosley and his GP wife Claire Bailey have teamed up to produce the brilliant and well-illustrated, Fast 800 recipe books, and a helpful on-line spin-off course, The Fast 800 Programme.

Moving to a more plant-based diet is one of the single most effective ways to improve your health and at the same time to reduce emissions responsible for global heating.

Gastroenterologist Dr Alan Desmond has, along with Chef Bob Andrews, produced a superb package in their book The Plant-Based Diet Revolution. Desmond cuts through the diet confusion, breaks down the research to explain why smarter food choices lead to a healthier gut – a healthier heart, body and mind. Showing how we can all optimise our overall well-being by simply putting more plants on our plate.

As he says ‘The evidence overwhelmingly supports a whole-food, plant-based diet as the optimal diet for human health and longevity. The more plant-based, the better’. In this brilliant book he supplies the scientific evidence, along with easy-to-follow meal plans with everything you could need - from shopping lists to practical kitchens tips – to cook better health in just 28 days, effortlessly harnessing the true power of food.

As you no doubt know, my excellent colleague, Yan-Chee Yu, has taken over as Director of Helix House.

While I am still available to see a few patients each week (especially if you have difficult and intractable health problems that you have not been able to resolve yet), I am stepping back, making time to write a book, continue my Zen practice and being the best grandfather I can for our four grandchildren.

I am signing off with this final post before Yan takes over the reins of this blog. I hope you find it of use. It is one of hundreds written over the last dozen years or so, that you can still access here on our website.

Stay well, it has been fun sharing all these health-related ideas with you over the years.

Posted in Blog, Book of the Month, COP 26, Helix House News, Nutrition, Waist measurements
← Tell us what you think!