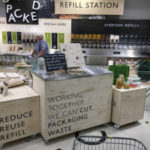 This month, I want to explore the inner psychological challenges we all face should we want to change any aspects of our lifestyle for reasons of climate emergency or just to get healthier or to fit into our clothes!

A world fit for our children and their children.

Yes that is me with one of my wonderful grandchildren.
I have put my grandson here as a reminder of the generation we must all think about.
For them, if not for us, we must both, drive our governments to make the changes we need to see, and make the changes in our own lives, to make a safe and sustainable future.

Government’s tend to shy away from tough choices now, in favour of pledges to be achieved, in far off times, by others. But we don’t have much time to accelerate these vital changes. While we press them, we must get on and make our own personal changes. Individually insignificant, but together, unstoppable.

My grandson was born in March 2019. He is unlikely to have completed his education before around 2045 and should live well into the 22nd century.
So we need much shorter targets, following the example of the Finnish government that recently pledged to become carbon neutral by 2035. And if that sounds far off, it is only when this beautiful little person will become sixteen.

According to The Committee on Climate Change this will require reducing domestic emissions by at least 3% per year and existing progress to be supplemented by more challenging measures.

Like most of us, governments often reach for the low hanging fruit to implement first, leaving the intractable difficult stuff like aviation, plastics and the climactic challenges of animal farming to others, down the line.

Food as a conflict

Food can be a major source of conflict. We invest our identity in much that involves what and how we eat and live. These are key markers of our cultures. Clearly contemporary ideas of eating challenge long held, almost sacred assumptions and practices.

Beliefs trump facts where such polarising issues are involved, as we are seeing now in our own political culture. But lets not fall for diet absolutism. We still need to enjoy and share eating, preferable with others and with love.

Making our own changes

Real change can only occur when we have clear, personal reasons that justify a strong desire to change such things such as the kind of food we eat, what we buy, drive, throw away, who we marry, how much exercise or sleep we get. You decide. If you want to change anything in your life, make the reasons personal and ask yourself why you really want to change?

How do we equip ourselves to be leaders and influencers who go first?

To produce lasting change we have to, not only minimise the obstacles to change, but develop the skills and confidence to implement them.

You might want to brainstorm those obstacles. What skills do you need to make your next lifestyle changes? Confidence often increases the more steps we take along a chosen path, even if you never thought, at the outset, you could get there.

We need to feel positive that our lifestyle changes will be beneficial and that they are consistent with my own self-image and that I have support and encouragement from the people I value and a community that supports my efforts.

So many of the changes we need to instigate are driven by major government changes out of our immediate control. Politicians often try and pass the buck by focusing on individial change, as if recycling will stop climate heating. While, how we vote is vital,  we can make changes that are in our direct control. Things like;
Who we spend time with, vote for or even marry.
What we eat, drink, watch, buy and read.
How we, think, feel, talk, move, love and sleep.
Where we travel and why.

We can do all these things with conscious choice. They are, for most of us, very much within our control.

How could we make those changes and stay consistent with who we are and what we believe in? Do we need to reassess our own self-image? Perhaps it too is in need of an update. Could it be driven by old, out-moded, beliefs and habits we are ready to change?

Who do we need to ask to support and encourage us in these changes?

If we feel too alone in doing so, do we need to reach out and find, or even construct, a small community around us to support our efforts?

Something to think about.

Today I saw a sliver of hope, one national supermarket trialing a reduction of plastic use here in Oxford. Lets hope it is just the start of something much, much bigger.

The amount of plastic waste generated annually in the UK is estimated to be nearly 5 million tonnes. This is about the world’s annual consumption of plastic materials when I was growing up. You may feel some foods are little better than the plastic they are packaged in, but sadly new research suggests that the

average person eats at least 50,000 particles of microplastic a year and breathes in a similar quantity, according to the first study to estimate human ingestion of plastic pollution.

Kieran Cox, at the University of Victoria in Canada, who led the research sponsored by the European Commission said,

“Growing scientific evidence on the hazards of uncontrolled microplastic pollution, combined with its long-term persistence and irreversibility, suggests that reasonable and proportional measures should be taken to prevent the release of microplastics.”

So to end with, here is a link to a piece on Plastic Pollution and its impact on our oceans and what we can do about it.